Seldom Seen Engine House is located in Eckington Woods in the heart of The Moss Valley. It is part of the old Plumbley Colliery and was built in the 1870`s by colliery owner John Rhodes. In March 1895 A colliery workman called Alfred Williamson drowned along with three children whilst attempting to save them after falling through the ice on the cooling pond at the side of the engine house. This video tells the story. 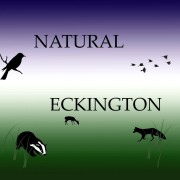 Natural Eckington is where you can see photos and videos of wildlife, buildings and areas of interest around the Parish which also include the Moss Valley.

This little known site is fascinating . Took me a long time to come across it .The Plumbley Colliery disaster is awe inspiring .

Than you Margaret. Please keep checking back as we are always uploading new stuff.

Came across this wonderful site by accident. The story of the Plumbley Colliery disaster and Arthur’s heroic act moved me to tears. Bless the people who marked the children graves. Thank you for telling the story.